I was considering adding a Walther PP to the 32s that I am currently shooting.  Does anyone have any comments on the Manurhin version of the PP compared to the Walther.

Made to Carl Walther's patents but in France since Germany could not make arms after the war. I could not tell the difference between the Manurhin and a "real" Walther. The one I handled shot very nice.

Two Walther .22 LR pistols; an early Interarms import (German manufacture) PPK/S and a Manurhin PP. Both are well made and shoot accurately. I use them for training with a new shooter to experience increasing recoil, working up from .22 LR to .32 ACP to .380 ACP.

Both shoot very well with CCI Mini-Mags and Federal high-velocity. Regular velocity will not reliably operate the slide. I bought the Manurhin PP after missing the chance on the PPK/S, a good friend bought it right in front of me. He then needed Christmas money two years later.

In short, buy it.

Like the other old guys, I have owned pre-War German, French on stolen German machinery and Portuguese. The Portuguese was very nicely finished on the outside, but like a pre-64 Winchester model 70's, chopped out with a hatchet on the internal parts. All three shot well and were reliable with handloads, but not with US made ammo. FWIW 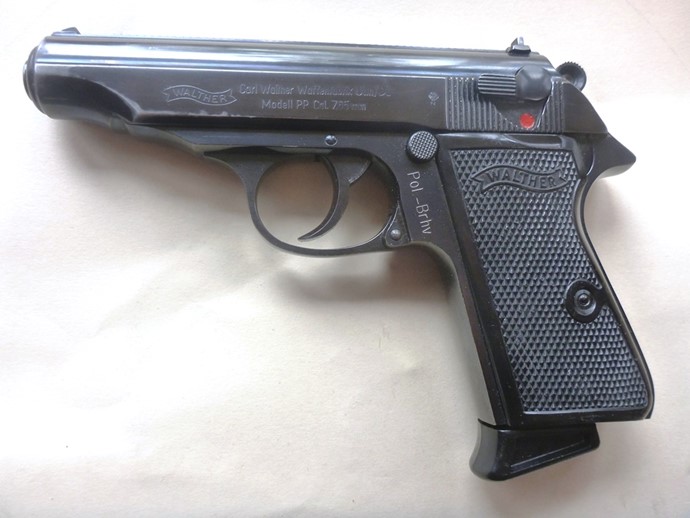 I had two former West German police Walther PPs in 7.65mm which had Ulm proofs from 1963.  Both were among those assembled and finished in Germany from French-produced parts.  They shot very well, but their weak point after many years of duty-use is the hammer-dropping safety which can work-harden, become brittle and break.  This is not a common event, but it does happen. This is understandable when you consider a cop coming on shift for inspection, clearing the pistol, loading it again, engaging the safety when going back out on shift, repeating the clearing operation when returning to the station, etc. so that the safety is engaged maybe 4-6 times daily over a long career. 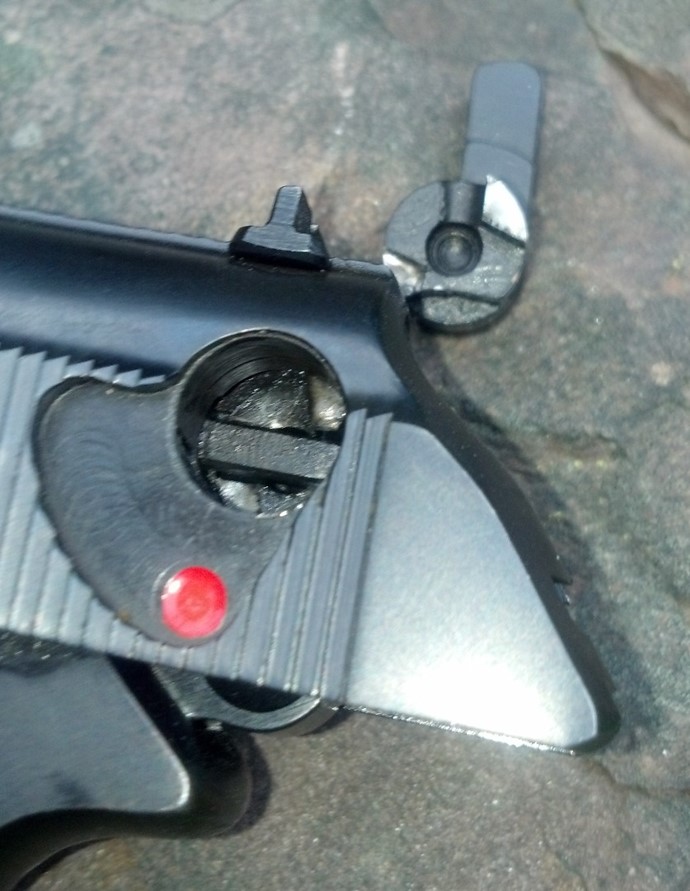 When the safety lever on one pistol broke, I was leary installing a used part replacement of unknown history from Numrich. I was able to obtain two new factory replacement parts from Walther in Germany, though a Fed gunsmith who had been factory-trained on the PP at Walther. He inspected and refurbed both pistols for me which, then after being "blessed" as reliable were easily sold or traded to LEOs needing a flat backup gun for discreet carry.

I still have a gaggle of .32 ACPs, but no Walthers anymore. I've accumulated Berettas of various models and vintages, Model 1935 wartime phosphated and postwar commercial blued in steel and two-tone postwar commercial with light alloy frame, an M70 with both 9cm and 15cm barrels, an M81 double-stack and a 1914 Colt Type III.

My experience parallels Ric's regarding attempting use of US ammo in the Euro pistols.  That is what first lured me down the rabbit hole on loading heavy bullets in the .32 ACP over 40 years ago.

And I just LOVE it. Gotta feed it loads near the max, though.

That little bity #311252, 80grs as I cast it over the max charge of Bullseye from the Lyman Manual. My old Lyman 55 powder Measure will drop SUPER LIGHT charges to feed it.

Wife shoots it better then I can. Mags are easy to load too. Very, Very reliable.

Fiocchi FMJ ammo is most reliable for factory stuff, Win Silvertips feed ok about 95% of the time. Speer Gold Dot feeds reliably about 99.5% of the time.

I have a PPK made in '64 in .32 also an ex-german police gun.Altough I haven't fired it much(500 to 1000rds since I have it)it never even once failed to feed,fire and eject.I've loaded it with fmj,Silvertip and cast RN.And the tiny thing shoots surprising accurately for its size.Mr Bond's choice was a good one.

Thank you for the replies.  I really enjoy my Colt 1903 and want to try another make of 32.  I will take my time here and look for Walther or Manurhin of moderate price.

Don't shy away from a Savage if you find one in good condition. They are accurate shooters at half the price of a Walther and they run just fine on US made ammo. 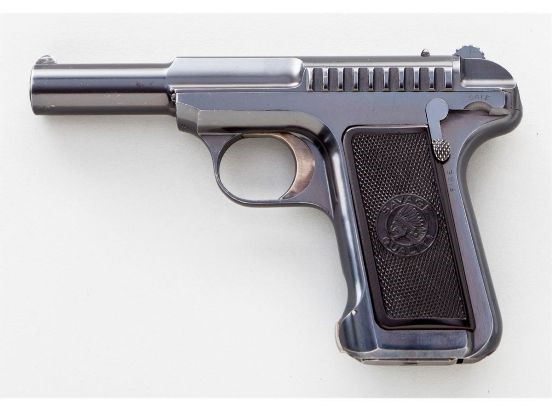 Yes I aware that there are other 32s of interest out there.  The only question is how far down the bunny hold to go.

I've enjoyed shooting a favorite well worn 1903 32 auto. I've even got an extra 1st series barrel and slide that will fit.  it has a bushing similar to the 1911.

This thread has generated a couple questions.  I have a friend who has a Mauser HSc in 32 auto and a Browning 1900 in 32 auto.  Of the two I'd be most interested in dealing for the HSc .  Do any of you have experience loading and shooting these?

The one I had, one of over 700,000 made in the 11 year production run, was really a well made and finished pistol. However, mine was well worn and had been shot a lot with European ammo. It had peening issues on the slide and frame. The nice thing was it worked just fine with US ammo, maybe because the springs were weak. The only HSC I got to shoot was a 1970's commercial in .380. Double action pull was 15+ pounds and it is one of the few that the slide cuts the web of my hand. My shooting buddy had very thin hands and carried this one for several years.

I have an HSC, born Feb 1942. Mine shoots great. I can clean a 8" falling plate rack at 25 yards with it. I like the 311252 bullet @80 grains, with 2.3 gr Titegroup. Gives around 950 fps. Feels a lot more snappy than the domestic 32 ammo, but not uncomfortable. I don't know how durable the HSC's are compared the other 32's. I had looked for a 380 recoil spring to mitigate potential recoil damage, but learned that the 32 and 380 recoil springs are the same. I don't know if this load is too heavy for continuous use in this gun. But it shoots so well.