Jeff in NZ, Ric, Giorgio and I have been discussing the .303 British offline.  With Jeff's help I'm compiling the info for a Fouling Shot article, but we still have more shooting to do to confirm some things.

I am more interested at this point in mild, plain-based loads for recreational shooting than heavier hunting loads.

Initial testing has been with Bullseye, but I am also experimenting with "half charges" ala Frank Marshall, using common extruded rifle powders like 3031 or 4064, in charges which occupy about half of the case, using a loose Dacron filler tucked into the case neck.  I'm hoping to find a utility load which shoots close to point of aim at 100 yards using the ladder of the Mk3 battlesight folded down and just using standing "ghost ring."  If I can get a load which shoots about as well as MkVII Ball ammo at about 1300 fps, I figure that approximating .44-40 Winchester payload and velocity in the .303 should put lots of meat in the freezer.  The  roundnosed NOE bullet for paper, the flatnosed Accurate mold for the woods. 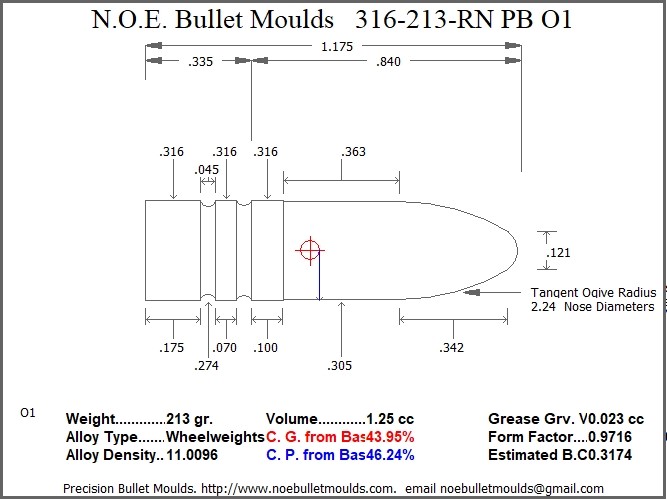 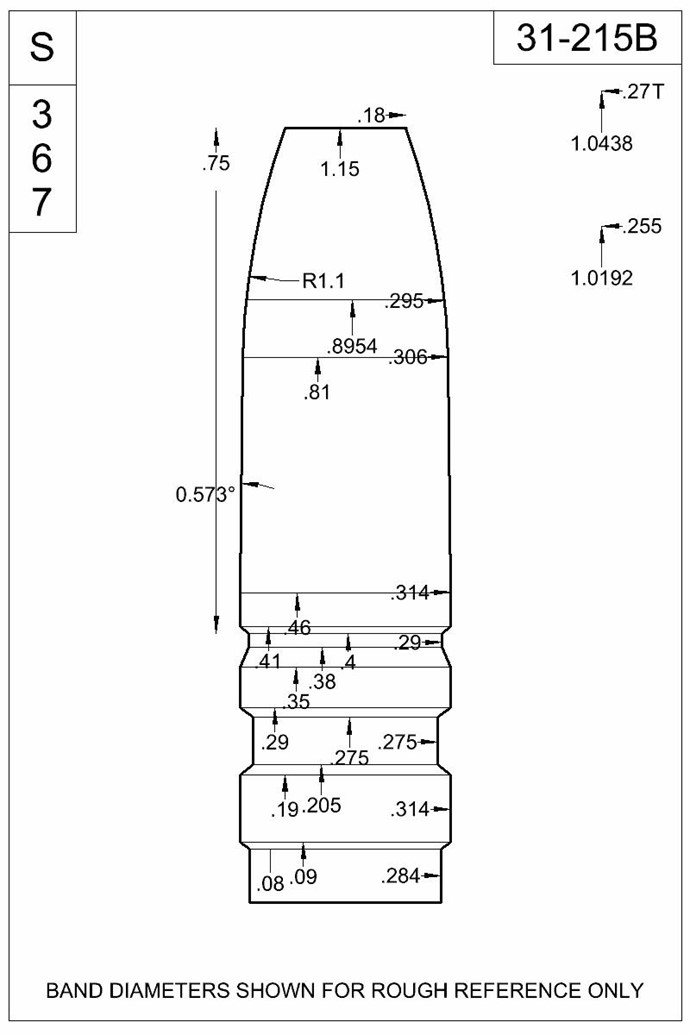 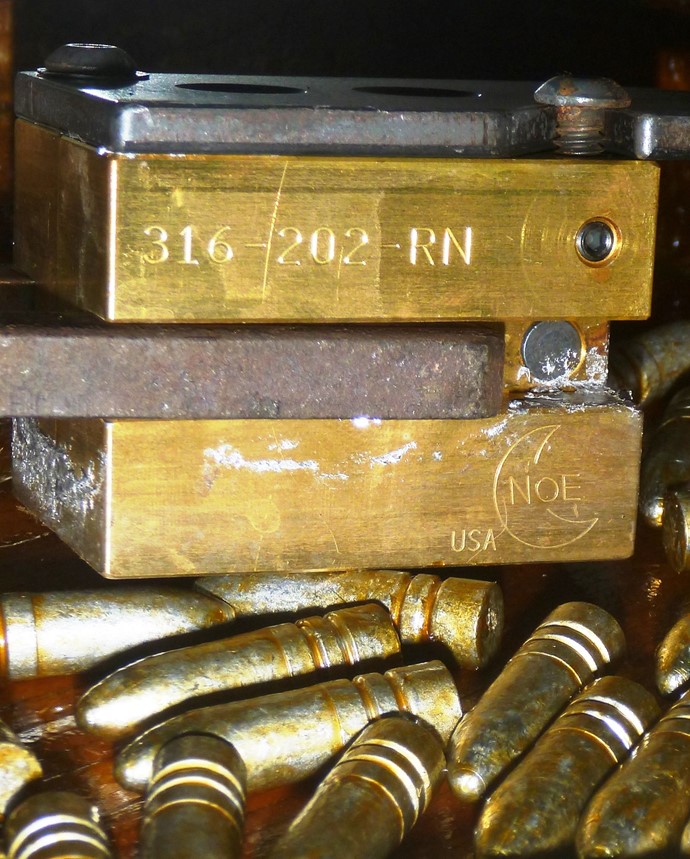 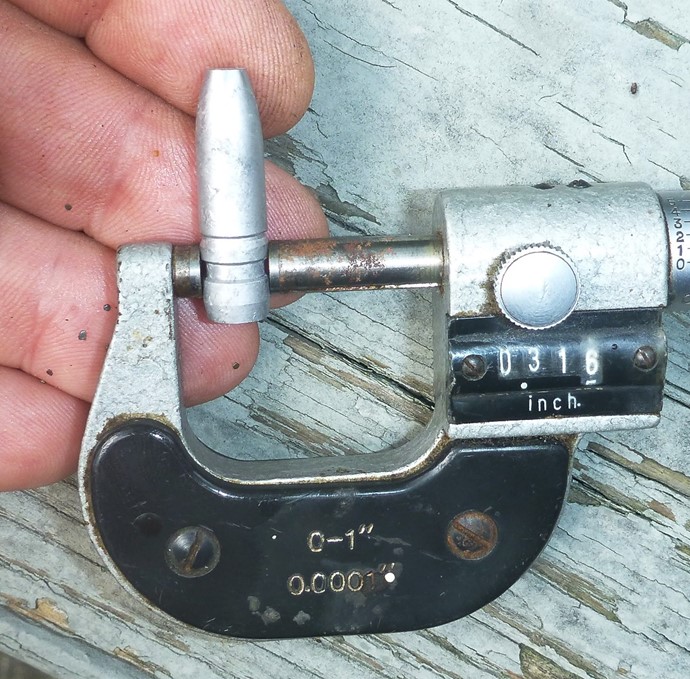 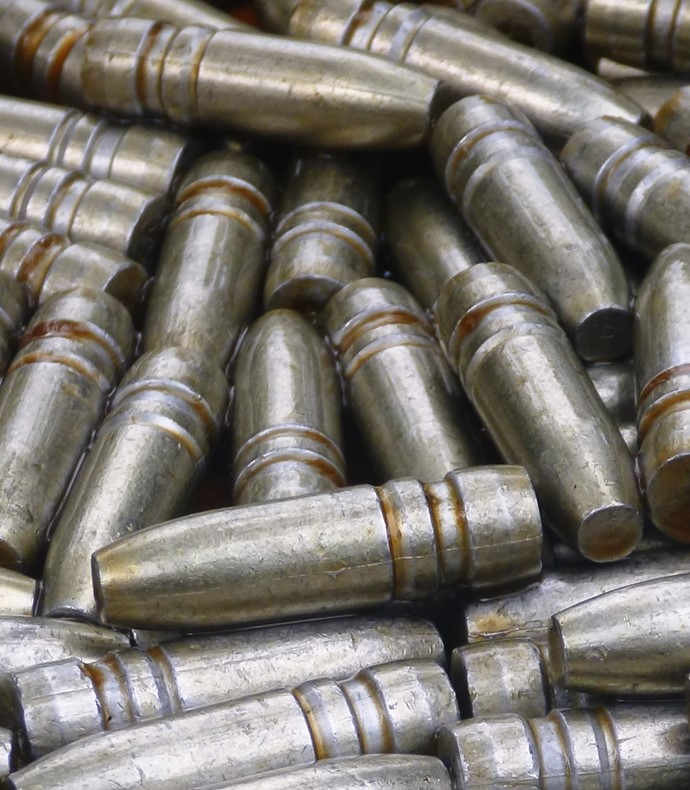 Hate to point it out but I think that micrometer spindle could use a little oil.

Hate to point it out but I think that micrometer spindle could use a little oil.

Yes, I oiled it after I saw the photo, but if it hadn't been so rusty at the garage sale, I could not have gotten it so cheap.

Works for me. Cheap trumps rust any day of the week in my book. Speaking of rust not long ago I started collecting old Coleman lanterns and stoves. Some come pretty crusty. I read about using citric acid as a soak and it works great at rust removal. Works great at bluing removal too unfortunately. But for cleaning up garage sale tools and such it works great. Hot water and some of this stuff soaked for a bit will do the job. Its something used in the food industry so it won't kill you. Its cheap so it won't empty your pockets. And its a powder so if you spill it on your Sunday best it won't leave a stain. Way off topic but the rust talk brought it to mind.

It shot 314's pretty well with gas checks. I should thump an 8mm bullet into the throat to know before I make a bunch of mistakes. Thanks for the heads up. It is indeed a two groove. Do most have walnut stocks?

My Long Branch 1943 has walnut stock and handguards. The Skennerton book indicates this is normal for North American production, whereas post 1940 UK production, including postwar FTRs substituted other woods, beech and birch among others.  Many wartime Long Branch and Savage stocks after mid-1943 were supposedly made from birch depending upon supplies available at the time.

I have three SMLEs. Will get together a list of my cbs and loads.

I do but only for getting rid of mice. 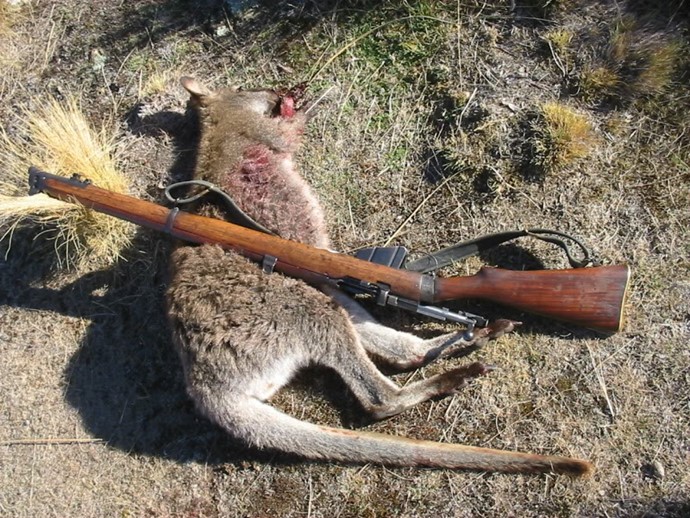 That's a rat? I thought it was a jack rabbit!

Now anybody who ever watched Warner Brothers cartoons on Saturday mornings as a kid, knows that is Hippety Hopper, the baby roo that Sylvester the Cat calls the Giant Mouse". 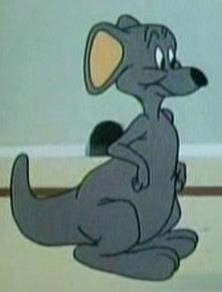 Hippety Hopper cartoons have a typical formula: Hopper escapes from a zoo, circus, etc., and is mistaken for a giant mouse by Sylvester the Cat. Frequently, Hopper changes places with an actual mouse, generally when it is most embarrassing for Sylvester. Sylvester tries to capture and eat his "prey", but the innocent and infantile Hippety mistakes Sylvester's predations for a game of rough-housing. Sylvester is repeatedly punched, kicked and spun around, but each failure only strengthens his desire to have the "giant mouse" for lunch.

the cameraperson on those early classics was Tweetybird ... later he himself became a star on that series .  proves you can work your way up ... not commonly known;  Tweety later went on to direct several episodes with his friend Roadrunner , using some of his old tricks on Wiley Coyote.

there were a lot of life lessons in those old cartoons.

Any of you guys have any experience with the Savage made SMLE? I believe they were all No4Mk1's. One may be available to me, but I don't know if I want to go down that rabbit hole.

Output from Savage began in late 1941 and lasted only 3 years compared to Canadian Longbranch production which continued  into the 1950's.  Very early North American production resulted in some No4 Mk1 rifles, but the main body of output was the war expedient No4 Mk1* which made certain concessions to the No4 design such as the cut out in the receiver for modified bolt release vs the plunger styled bolt release of the typical No4 Mk1.

Only the North American factories of Longbranch, Ontario and Savage, Chicopee Falls, MA produced the No4 Mk1* rifle. When the Savage Lend-Lease contracts ended, all remaining spare parts and work in process were sent to Longbranch.  So Longbranch No4's will be found with Savage marked parts. Savage rifles are generally marked U.S Property on the left receiver face, serial number is located on the left butt socket wrist with a letter prefix of C included - for example 96CXXXX would be typical; the C stands for Chicopee. Late war Savage No4 Mk1* rifles are nearly always without a year of manufacture, based on serial number surveys these are estimated as 1944 production.

The first rifle contract was for 300,000 No4 rifles at a cost of $57 each and of the 96 parts required to complete the No4 rifle about 86 came from 30 parts sub contractors. Savage only produced the receiver, barrel, bolt, trigger guard, bolt head and stock and the entire package was assembled at Savage by them. Overall averaged output of Savage No4 rifles is placed at 1,196,706 and with 40,000 on lend lease to China.

The first Savage Stevens No4 rifle was test fired on Friday, July 25th, 1941 at Chicopee Falls plant but the early rifles did not meet British specifications and were sub standard - this was improved gradually over time until production was at quality standard for export to Britain. Britain placed another order for 720,000 No4 Mk1* rifles in June 1942 including bayonets to run concurrent with the original order. Many pre Lend Lease U.S No4's were rejected by the British Inspectorate for various reasons.  I am told by a former Savage employee that the rejected rifles were used to fill a 40,000 rifle order for China. Later Lend Lease agreement reduced the British conditions of control and payment as these were now considered direct British Contract.

Once the rifles entered England however the British still inspected them and marked them with a B beneath the serial numbers on the butt socket to indicate British standard of inspection and a pass based on same. Savage rifles are generally found to have a 2 groove barrel and all parts should be found with the square Savage S or standard S. Receivers or various parts carry the U.S Flaming Bomb ordnance proof as well.