I recently purchased a .44 Magnum Rossi Circuit Judge (revolving carbine) with a 18.5 inch barrel. I really like the idea of using the 310 grain bullet mold but I can't find any reloading data for using it in a .44 mag rifle.

Does anyone have a source with the load data I need?

Lee's Modern Reloading 2nd Edition has data for their 310 gr in .44 Mag on page 652. Lee also lists the pressures of these loads and the highest is 35,000 psi. That is about the end for cast bullets.Velocities are up to 1150 fps. 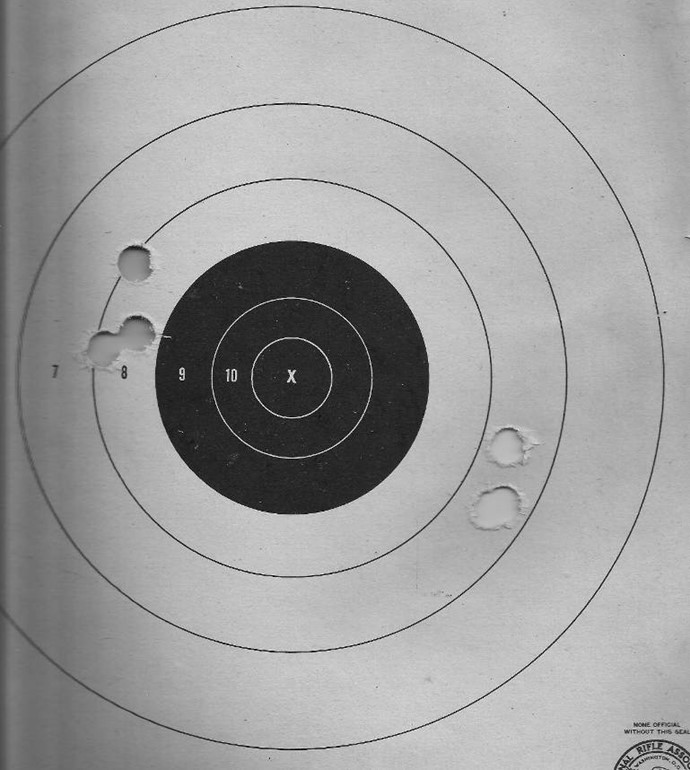 If I recall correctly—- dale53 was the inventor of the design or at least participated in it. He’s also shot a large quantity of them for that very reason. Might want to reach out to him directly (potentially on other forums and such), has same handle other places. He has posted many pictures of playing cards with 10 shots at 100 yards from a scoped revolver. I have shot it with many 44s using 2400,4227 and 110. If they fit, they generally shoot better than you can hold. My groups from several revolvers with 8 inch barrels have been tight (relative) not larger than 2.5 inch at 25, worst case. As tight as 3/4 inch, 5 shot rule. In the 445SM, used as a gage for conversation, 16.25 inch encore Bullberry barrel, 50 yards, wc680 compressed, velocities significantly higher than Kens, 3/4 inch groups w/o development. Using WLL 2700+ lube exclusively. Velocity ES is in single digits. Molds don’t seem to last long. I buy the two cav. I’m on my second and failure of the first should not have occurred. Alignment issues. I’d buy an NOE equivalent and not ever have a failure and have smoother casting...... may have talked myself into it just now. It kills directly. Shot an Idaho mule deer, 175 lbs, at 151 yards in the butt as that was the only avail shot. A hole as long as the torso ran through the animal, no exit and stopped in a bone in the chest and was not recovered. The deer kicked once stammered 25 feet, stood there wiggling wondering what just happen and then dropped. Many vitals were cut along the way and I missed the guts miraculously. Very little meat damage, generally no expansion.Cast hard, water dropped, Hornady checks and .0025 over groove. I have shot 3/8 plate steel at 25 yards and it cuts clean 1/2 holes in the plate like a leather punch does in hide. LEE data is avail. I use all 300 gr jacketed data as well knowing pressures will be lower than copper and I work up slightly from mid load. For 110/296 I use the actual data. No way 10 extra grains mass, less bearing surface, less friction is going to put me over budget on pressures (IMHO). I use Hornady XTP data for the 300 gr bullet. I love the bullet.

Just use the same data you would for a handgun, Daniel. Slower burning powders will generally give higher velocities in longer barrels. There really is no stand alone "rifle" data for the 44 mag. Some guys experiment with faster rifle powders like IMR4198 in 44 mag, but that usually results in lower velocities, but better accuracy potential. I tried this, but never noticed any improvement in any case.

Thankyou all,  I was able to find good load data thanks to your reccomendations.

Frank Siefer (a former Lee Distributor) and I designed this bullet (Lee C430-310-RF). Frank was planning a bear hunting trip to Alaska and wanted a BEAR bullet. I carefully worked up loads and settled on 21.5 grs. of H110/296. I limited my use in my 8 3/8" Model 29 as the significantly heavier recoil has proven to be hard on the 29's. However, my Ruger Red Hawk became the vehicle of choice for these bullets.

Lee's policy, at the time, was to require an individual (or distributor in our case) to order twenty molds and they would absorb tooling costs to a new design. I happened to be at Frank's office when Lee called after receiving a rough drawing of our design. They stated "this just doesn't look like a proper bullet" and wanted to change it. Frank looked at me and I said NO! Lee proceeded and shortly the molds arrived. Naturally, Frank and I each took one and started to work with this new design. We discovered that we were getting the best groups at 100 yards we had ever seen with a revolver (scoped and off a bench). Frank shortly sold all of the molds, ordered another bunch and we were off to the races. The bullet design became so popular that Lee added it to their catalog. Later, the added the design to .45 Caliber.

As a possible matter of interest, I happened to take the first head of big game taken with the new bullet, shortly after the shooting tests. I shot a very nice ten point white tail deer here in my county. Shortly after, Frank went to Alaska, got his bear, but, as circumstances happened, he took it with a rifle.

I can recommend the bullet for rifle's although I have no personal experience with it in a rifle. However, using the load suitable for a revolver should do just fine in the rifle IF the rifle allows loading the bullet "long" using the crimp groove closest to the base of the bullet. I have NO data for loading it short. You are on your own in that situation.

I believe I will be able to use this load and seat the bullet long, as it is still a revolver and not a tubular fed lever action.

that ought to be a real thumper from that rifle. Keep us posted of your results...

Standard Member
ozzieslugger posted this 14 May 2018

Finally got permission to pick up my rifle from our Gestapo (South Australia Police Firearms Branch) after 6 weeks of waiting! So I thought I'd show you some pics of the rifle. I'll be taking it to the range on my next Wednesday morning / your Tuesday night to sight in.  I will only be using factory Sellior  & Bellot 240gr SP at the moment for some empty brass. Soon I'll be set up to reload and cast for the 310 grainers.

I do have a question, could I use Trail Boss powder for a very light competition load for the 310 grainer? Or is there a light load using 110/296 I could use?

Here are the pics! 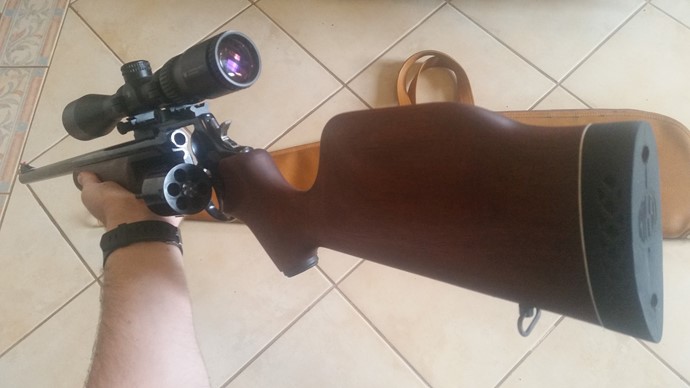 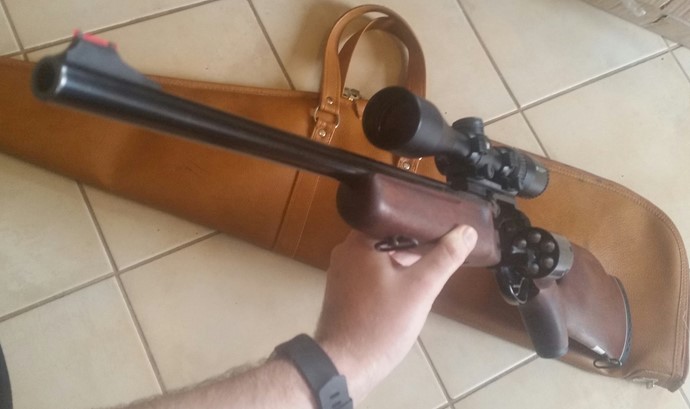 H110/Win 296 is NOT for downloading. However, reloading manuals will have loads that can be used for lighter loads using other powders. I never tried downloading the Lee C430-310-RF. I only used this one at full tilt. However, there is LOTS of data for 240-250 gr. cast lead bullets from light target loads to full charge .44 Mags.

Standard Member
ozzieslugger posted this 14 May 2018

I thought this would be the case, thank you anyway.