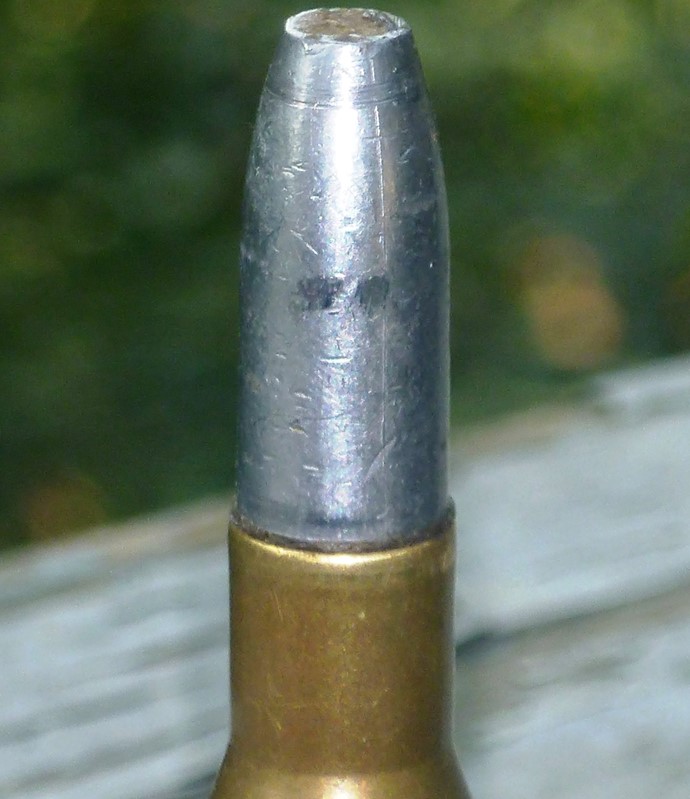 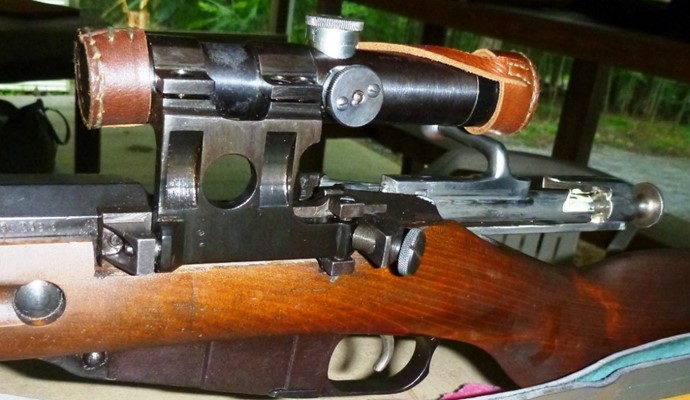 Harleyrock, You did not miss anything. Ric

Two of my uncles were in the USN off the coast of VN.

I served as Dental Officer on the aircraft carrier USS Intrepid.  First tour off Dixie Station, South Viet Nam, Second tour off Yankee Station, North Viet Nam.  I didn't get a chance to pick up any enemy small arms

Larry, fascinating story with amazing detail. Two of my uncles were in the USN off the coast of VN. One on the Tico (27 Charlie angled deck) as a mechanic, the other on the Valley Forge (in its LPH configuration) as an electrician's mate. That one was going to do some radio links for the Beach Jumper program in Country but he did not end up going. Thanks for taking the time to share your experiences with the rest of us.

Ed, I have been a member here for a while too. I just do not post. I now can put a name with your other name. I wish we could use rifles here for dear. Just seeing what they do to a steal plate out to 200 yds has me convinced they would have no problem killing a deer to that range.

Would like to see what you get these to do.

NASC, Crane, IN produced some Stellite-lined Lewis .303 barrels which ended up in Afghanistan. Believe the guns were probably being refurbed at POF. These were .30 Browning barrels which were cut off, breech collared, turned down and rethreaded, re-phosphated.  The .30 cal. bore dimensions in .303 were never a problem.  Crane also did a bunch of BAR barrels with Stellite liners in both cal. .30 and 7.62 have turned up in various places world-wide.  Also Stellite-lined .50 Browning barrels for Boyes Anti-Tank rifle and Soviet PTRD all done about same time.

One of the most interesting things I had to destroy in 1969 was a new still in the grease Lewis Gun with four magazines and one wooden box of .303 British. I remember the box had 1918 burned into it and covered in wax paper. Lack of ammo is probably why it was never used.

The Russians (Soviets) provided the communists in Viet Nam with large numbers of MNs in the '50s which were used in the "liberation" from the French.  As more PAVN went south to continue the insurgency against RVN the MNs went with them.  As the insurgency progressed in the south China also supplied MNs in the form of Type 53s.  Then in the early '60s as the mainline PAVN units in the south were rearmed with SKS and then AKs the VC units received the MNs.  By '64/'65 most of the captured French and U.S. weapons were put into cache's as the VC began to be armed with MNs.  Ammunition resupply of 7.62x54R was steady coming down out of the north.  By late '65 the main force PAVN units in Cambodia and Laos preparing to cross into the south were armed mostly with AKs.  About then we began referring to them as NVA instead of PAVN.  As the NVA supply line (Ho Chi Minh trail) moved more weapons south the AK completely supplanted the SKS in the PAVN already in the south.  Those SKSs were then used to supplant the MNs in mainline VC units.  Of course after Tet of '68 there were few VC units left so mostly SKSs and AKs were encountered after that.

I acquired my M28 on the 8th of November, '65 in the area NW of the confluence of the Song Be and Dong Nai Rivers in War Zone D, RVN.  The previous owner was a member of a VC Main Force Regiment Q762, D800 Battalion or C505 Battalion.  Unfortunately, I was unable to discuss the "history" of the M28 with him.....actually I didn't think about asking.......

The "Winter War" and "The Continuation War" are very uncommon in European warfare. Neither side had very much material to put towards the war effort, but lots of young bodies. IMHO, everything captured by the Russians that could not be made into a 91/30 went into the "save" pile and were kept for many years until they could dump them on the North Vietnamese. I have a SIG made Model 1928 Finn that was updated to 28/30. I know the web sites say that they were not made, but the marking indicate that the receiver was indeed made by SIG.

Nice groups. How do you think the M28 made its way all the way to SEA, captured from the Russians made into an M28 and then recaptured and given out to HCM's freedom fighters? Probably something simple like "I have a warehouse of WW2 arms, would you like some?"

I've also picked up English translations of the Soviet manuals for the MNs. 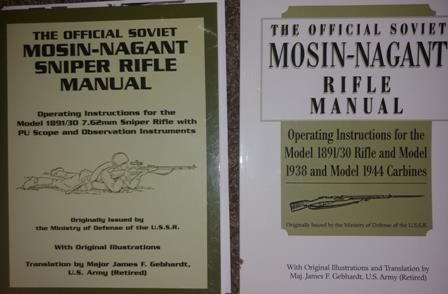 While I haven't done much with the Ishvesk M29/30 sniper in the way of cast bullets I do have it well zeroed for my match/sniper reload using the Sierra 174 gr MK loaded over 46.5 gr IMR4895 for 2650 fps.  With the scope zeroed the elevation adjustments run true to 1000m.  The PU scope base has adjustments for elevation and windage so the reticle can be centered at 300m setting and the rifle zeroed at 300m using the base adjustments.  Once done correctly the reticle stays centered allowing an excellent sight picture except for elevation changes. 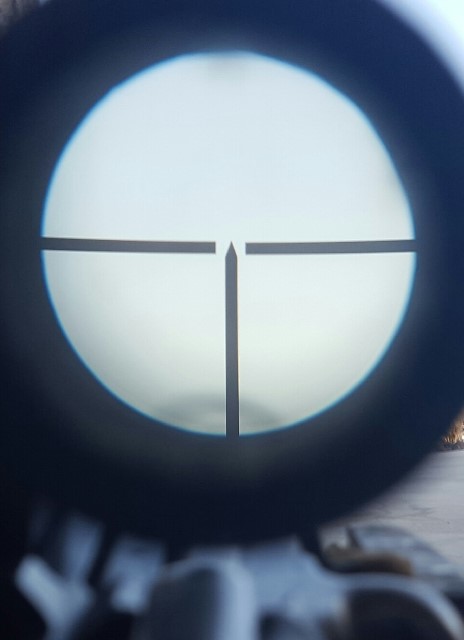 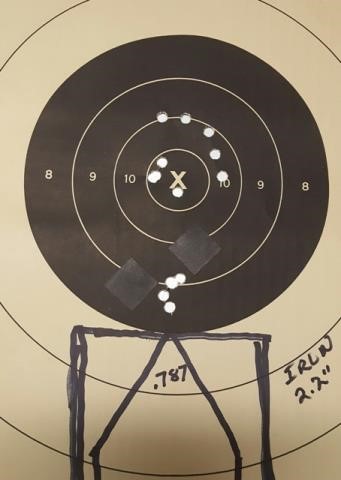 One of these days I guess I'll have to test the Ishy sniper with my M39 match cast bullet load to see if she can do this like the M39...... 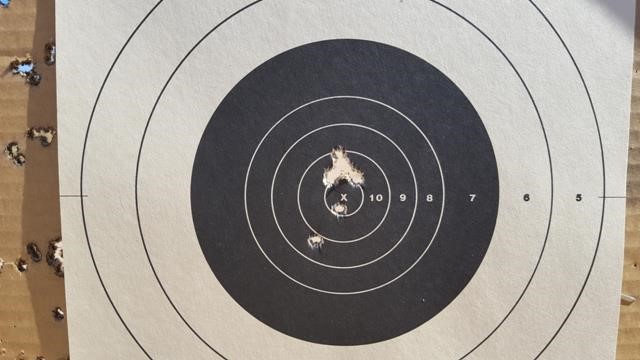 No, the Accurate 31-215 was designed by "tommeboy".  Not sure he is a member here but he frequents CBF and the goodsteel forum.  It is a good heavy bullet.  He loaned me his mould to test in the 7.62x54R.  I did the limited testing he requested.  I cast several hundred more before returning the mould to him.  My intention is to develop a good hunting load for the 7.65 Argentine with them but haven't gotten around to it yet.

I think I also had to cut a new slot for the rear ring. 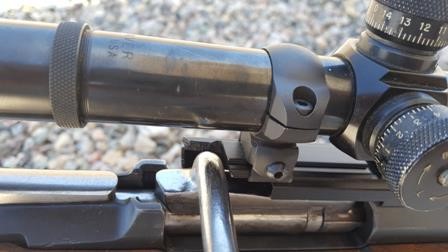 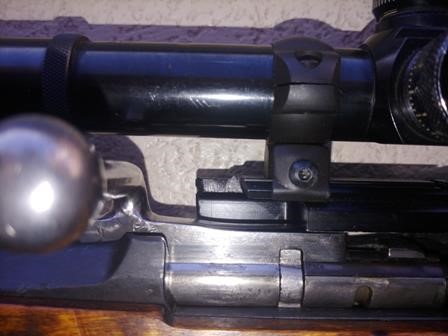 Larry what scope mount are you using on that m39? 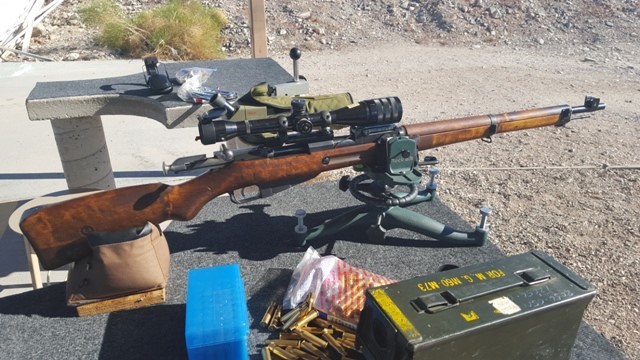 I've been shooting the 7.62x54R since the mid '60s, cast in the cartridge since the mid '70s.  In CBA Military Rifle Matches (Phoenix, AZ) I've been shooting my SAKO built Finn M39. It is quite accurate with the 314299 (either Lyman or NOE) cast of #2 Alloy.  I load the weight selected bullets in Norma cases over 28.5 gr 4895 and use a Dacron filler.  I have won numerous matches with this combination.

I have an Ishvesk(SP?) arsenal made M28/30 sniper with the 3.5X PU scope.  It also is very accurate with cast.

Additionally I have 2 MNs I brought back from the war games in SEA.  A M28 (rebuilt on M91 Hex action) and a Chinese Type 53. The previous owners were somewhat reluctant to give them up but I drove a hard bargain.......   I occasionally shoot them, mostly with the Lee C312-291 in Bulgarian cases with the primer pockets converted to SR primers.

That is one heck of a scope mount.