Can you make more consistent bullets with a PID? And can any electric lead pot(Lee) be used with a PID?

If you fabricate a bracket to position the probe correctly, you can have brackets for every electrical casting furnace you own.  I happen to have my casting booth with three pots and after a casting session, I remove the probe and set it in an unused pot to cool.  So one PID can run any individual pot you select.

There is a potential for more consistent casting because the alloy temp and mold temp can be more consistent if you get settled in and just cast.  One of my most consistent sessions was casting the Lee 358-140-SWC.  I did not have a PID, was casting on an open porch in the summer, and returned the sprues as I cast and added small ingots on the fly.  Basically doing about everything that could introduce another variable, but that particular session produced bullets that were later used by a better shooter to get sub 2" groups at 50 yards from a Ransom Rest.

I really like having a PID to not need to monitor the melt temp, just slow down when adding ingots, and keep rolling along.  The only time i change the setting from 720 degrees is when casting pure lead for BP.  I could do without the PID, but would not like being without one.

The issue with Lee pots is the cheap thermostats they use. When using mu first PID 15 years ago, I found out my 10 pound Lee pot would cycle between 675 and 900 degrees at times. Running the power thru the PID reduced the temperature swing to less the 10 degrees F. FWIW

In my experience, the PID controller makes it much easier to cast bullets of consistent quality.  As Ric mentioned, the Lee pots are really bad for temperature swings.  My homemade one was very inexpensive to build and has worked well for me. 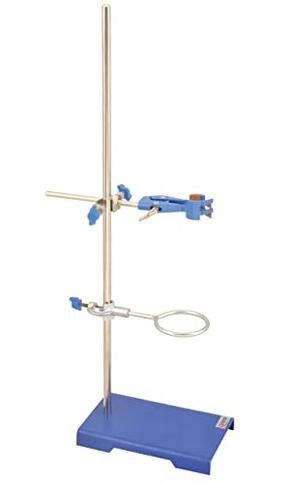 I turn the clamp around, place my homemade PID controller on the base and then you can raise and lower the probe precisely using the upper clamp.  It also allows you to move the probe out horizontally to accommodate different pots easily.  I use it with my RCBS, all my Lee pots and my Waage Dipping Pot.

Yes and yes. I use mine with a couple Lee pots with good success.

All good responses. Starting from the beginning, the probe goes in the lead, the pot plugs into the pid, and where do you set the lead pot thermostat? wide open?

Set the pots thermostat to the highest setting and the PID will do the controlling.

What are good sources for the hardware?  Any recommendations for specific parts?

I built mine a decade ago, so I am not sure what the best stuff available is now.  There are a lot of "build a PID for casting" threads on the different reloading forums.  There are probably also Youtube videos showing you how, though I haven't looked.  There seems to be Youtube videos for everything now.

There are kits available on Amazon and eBay and other venues that couple a PID controller with an SSR, some with heat sinks for the relay and a thermo couple.  I just glanced through Amazon using the search terms " PID SSR" and pulled up a bunch.  Some with 25amp relays and some with 40amp relays.  The 40amp would likely be more durable, but if I remember correctly I used a 25amp in mine and it has worked just fine.

You might do some research on what the best PID controllers are, and to see if there are any stinkers.  They all look exactly the same, and most are probably made in the same factory in China, but I have read some negative feedback on some over the years.  I think mine was a MyPin, but I don't know if those are still available or not.

I chose to install a thermocouple receptacle plug on the face of my unit, so that I can just unplug the probe and plug in another one if I need to.  The other option is to hardwire the probe into your PID.

Some of the probes that come with the kits look a bit useless for sticking in a lead pot, so pay attention to that.  The one I use (shown in the photo above) has a spiral extension cord on it, and the probe is about 8 inches long.  I lower it into the pot with the contraption I mentioned above until it hits the bottom, and then I raise it up a bit so that I am measuring the melt and not the metal housing of the casting pot.

I also installed a little push button resetable circuit breaker in the front panel of mine. Its the little white button in the photo above.  I don't think I would do that again.  The pot is protected by the circuit breaker that your receptacle circuit is on (yeah, I know, they don't always trip).  My box I chose was on the small size, so stuffing it all in there would have been easier without the breaker and its wiring.  And I haven't tripped the one in the PID enclosure ever, which would be another reason for me to omit it.

Some people put a rectangular computer power cord receptacle on the back for the incoming power, and a normal receptacle for your pot to plug into.  But that requires even more cut outs in the box.  So I decided to buy a short 12awg extension cord, and cut off the lengths of cable I wanted for the incoming and outgoing plug and receptacle.  That way I could just drill two holes in the back for cable glands, and run the extension cords through the cable glands to wire them into my terminal block.  Less cutting shapes out of the aluminum box was a better solution for me.  Also - if you use a metal box like I did, run a ground to the enclosure and tie it into the ground in your power wiring that goes back to your wall outlet.  You don't want to get shocked if a power lead somehow comes into contact with the case. I tied mine into the bolt and nut that secures the rubber feet I installed on the bottom of the box.

I forgot to mention one other thing in my previous post.  If you ever want to try coating your bullets instead of lubing them, the PID and thermocouple will keep your little toaster oven temperature regulated a lot tighter, and more accurately than the built in one. They swing wildly like a casting pot can.

I had trouble with my first few attempts at coating, and then I put some oven bricks I took out of my smoker in the bottom to absorb and retain heat, and looked over at the PID controller on my bench and put 2+2 together.  Plug the toaster oven into the PID like you would the pot, and put the thermocouple in the oven.  Some people drill holes in the back of the oven, but I have had good results just snaking my thermocouple in through the front door.  Although I don't use the probe in the photo above, I use one with a metallic armored cable to protect the probe cable.  Another good reason to use a thermocouple plug rather than hardwiring it into the PID controller.  You don't want to have to break your box open every time you want to use a different thermocouple.

By the way, I bought everything for mine on Amazon, with the exception of the thermocouple receptacle.  I bought that from an electronics store online.