The U.S. Marshal museum is being built in Ft. Smith, in fact the building is complete, but the exhibits have not been built. At this time the wing of honor is complete and their is a temporary 9-11 exhibit, but over 70% of the building is incomplete. But here is where the surprise comes in. You see my son is on the board of directors of the museum and he arranged in just a day's time a private behind the scene tour with the museum's curator for my wife and I.

Wow, were we surprised!

Not only did he walk us through the building and explain where the exhibits would be and what they would contain, but he took us into the area of the museum where the exhibits and artifacts are prepared and stored. With every item he related the story behind it. There were badges and other items from the Marshals past dating back over 200 years. It was beyond belief.

Then there were the guns, like old Colt SAs, Winchester and Marlin lever actions, early Browning semi-auto handguns, numerous shotguns to Ruger Security Sixes carried by the Marshals up to the issue of Glocks. There were guns used by infamous outlaws, some used to kill US Marshals which will never be included in any exhibit.

The highlight for me was five firearms, a badge and a pocket watch he had laid out on a table. These included a Spencer, a Winchester 92 in .38 WCF, a Colt SA Army also in .38-40, another SA Army in .45 LC and a Colt 1903. All of these were owned and used by famous US Marshal, Bass Reeves. Not only did I get to look at these, but I actually got to handle them. What a treat to place in my hands the same firearms that were once handled and used by Bass Reeves. I am still in disbelief, I have to look at the photos to convince myself it happened. 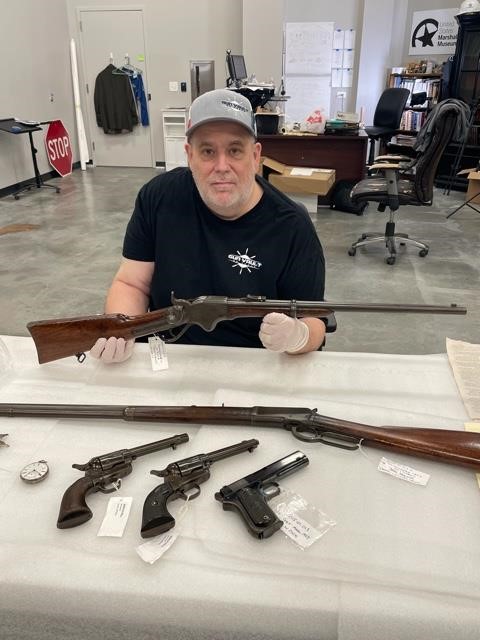 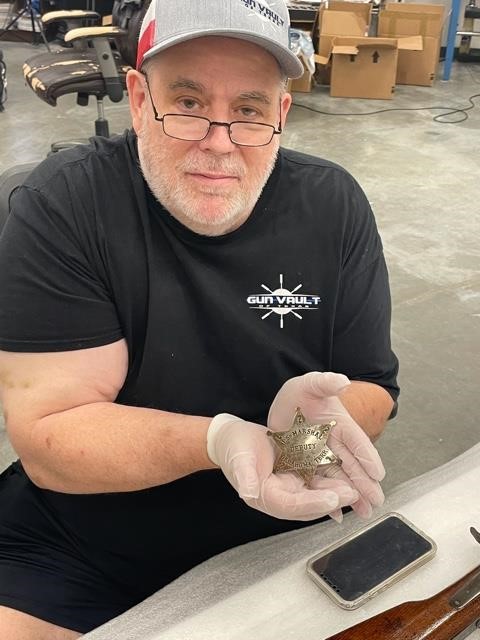 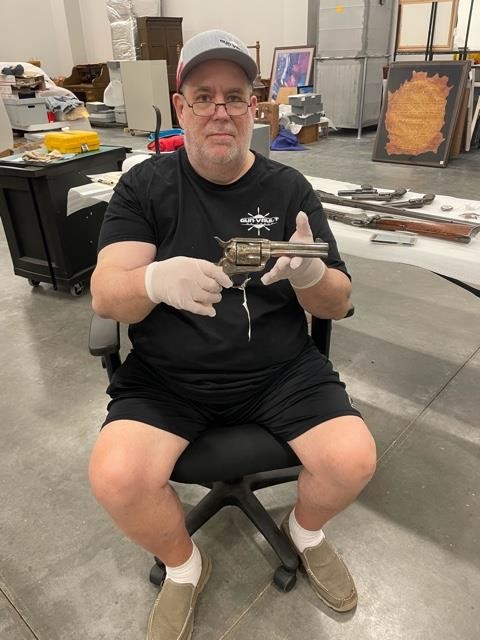 What a treat! I've read about Bass Reeves. His real life makes Hollywood seem tame. Even went after his own son when he was accused of murder and brought him in. All as an African American on the post Civil War frontier. What a guy!

Looks like he spanned quite an era in firearms design and development too. From Spencers to semiautomatic handguns!

Yes, he used the 1903 at the end of his career as an officer of the Muskogee, Ok. police department. The story of the pocket watch is very interesting. As the story goes, when he was still a slave, he was playing poker with the son of his owner. As they entered into the last hand, the son told him if he won he would set him free. Well Bass won the hand, but the son reneged telling him he was only kidding. That's when Bass knocked him out with a punch and took the pocket watch. He set out as a free man then and keep the watch his entire life.

That was a real treat. Thanks for sharing with us.

What a wonderful treat for you both! Would I love to shoot those firearms! The sad part about Bass Reeves is that his story probably will never be told as it should be due to his skin color! Can you recommend any books that have been done on Reeves? Last year I adopted a 15 year old young man, who used to be a foster son. I did this at age 72... I have been teaching Sam (my son) to shoot with many of the guns from my collection. He does particularly well with handguns, with one hand. He has to. He has only his right hand. Lost his left arm and both lower legs in a tragic riding mower accident when he was 3.5 years old! You would never know it to see him play basketball or gun deer hunt with me! Oh yeah, another "handicap" he has is that he is Black. I only wish I would have found that kid 20 years ago! I would love to find some reading on Reeves! I will send you all photos of Sam shooting when I find out how to post them to the forum!

Here are three I have. I am waiting for the last of the trilogy series to come out.

Thank you, David! I'm going to check my local library to see if they can pull them in! Otherwise, looks like another Amazon purchase...

... and there is a hollywood movie about Bass Reeves ...  be a good teaching/learning opportunity about how movies are firstly there to make money ... but it did portray Reeves as a good guy ...

There is/was a program on I think the History channel (287 on Direct TV) called American Lawmen or maybe it was Gunslingers.  One of the episodes was on Bass Reeves, who it is believed was the inspiration for The Lone Ranger TV series.

Reeves was one hell of a lawman in fact he was even sent to arrest his son for murder.  Reeves brought him back and the boy served his time and became one of the most respected citizens of his town.

The reference to inspiration of the Lone Ranger, was started by author Art Burton. There is no direct evidence that Reeves was the inspiration for the tv series. However comparisons can be made. Somewhere there may be documentation of what the producers and writers were getting the story from.

His life story is definitely a candidate for a full budget feature film. I know there was a low budget film made that is loosely linked to him, but a "Tombstone" type movie would be a hit.

I have informally studied many of the lawman and outlaws from the old west during my lifetime, There were many great true life lawmen, but none that had such a lengthy and honored service as Bass.

Burton states that about 200 US Marshals lost their life in service of the agency, with 120 falling within 40 miles of Muskogee during the lifetime of Reeves. Just surviving that period as a black lawman was a momentous achievement. He didn't do it by sitting on his front porch. He was probably the greatest lawman of the old west. 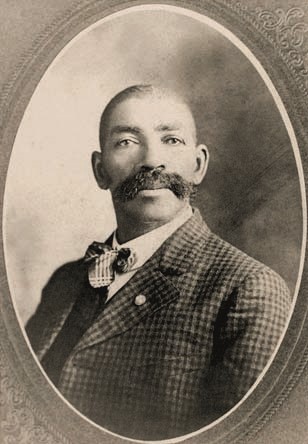 This is really incredible, What a THRILL it must have been for you.

I'll be hounding the LA City Library System for all three of those books.

Thank You so much for sharing with Us.