CBA Member
SavvyJack posted this 23 May 2020

As most of you already know, a while back I made some amateur tests regarding chamber pressures using the Pressuretrace II system. Looking at the results is one thing but looking at the results....and comparing them to original ballistics does nothing but bring up more questions. But the comparisons are  almost mirror reflections.

Both John Kort and I have replicated these velocities with Black Powder. John achieved great accuracy but all I did was test for Pressures and Velocity. Interestingly enough, many of John's testing of original cartridges resulted in a tad greater velocities than advertised....much the same with my tests.

**Black Powder - Original Velocities 1886-1904, Black powder loads of this time frame show a lower velocity of 1,245fps.   My test loads using various manufactured cases from this time period with the above powders recorded from 1,235fps to 1,276fps with pressures in the 12,500psi area, again recording velocities very close to original recordings.

***Black Powder - Original Velocities Today, Using the above black powder loads in modern cases resulted in mid 1,250fps range with mild chamber pressures of only 8,500psi to 10,000psi. Powder compression is a must with both original and modern brass. H2O measurements of the cases resulted in different overall volumes as expected. Early Semi-balloon head cases yielded more volume than later semi-balloon head cases and of course more than modern cases. Replicated powder compression was between .17" - .21" respectively between the older cases.   Modern black powder loads using modern components more replicate the 1886-1904 black powder loadings with components of that era. However, trying to replicate the powder compression can be problematic. Most people load even less powder, maybe 36gr and no powder compression, which will more than likely result in even less velocity and pressures.   There is a link to the PDF file on the website at the top of the page: https://sites.google.com/view/44winchester/velocities

Below is a dissected cartridge from a Western box dated 1949. It contained 15.3gr of a ball powder. 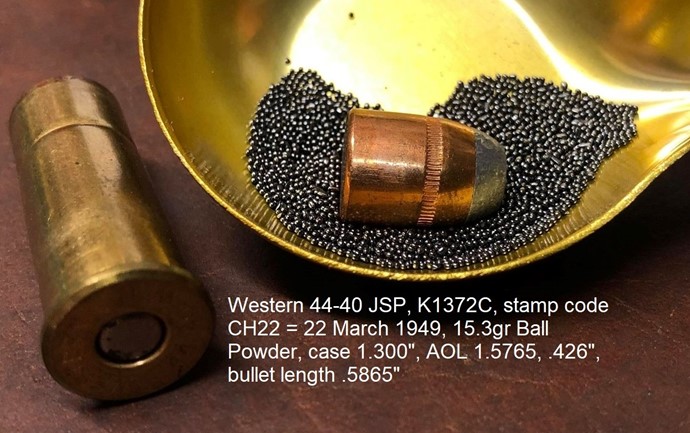 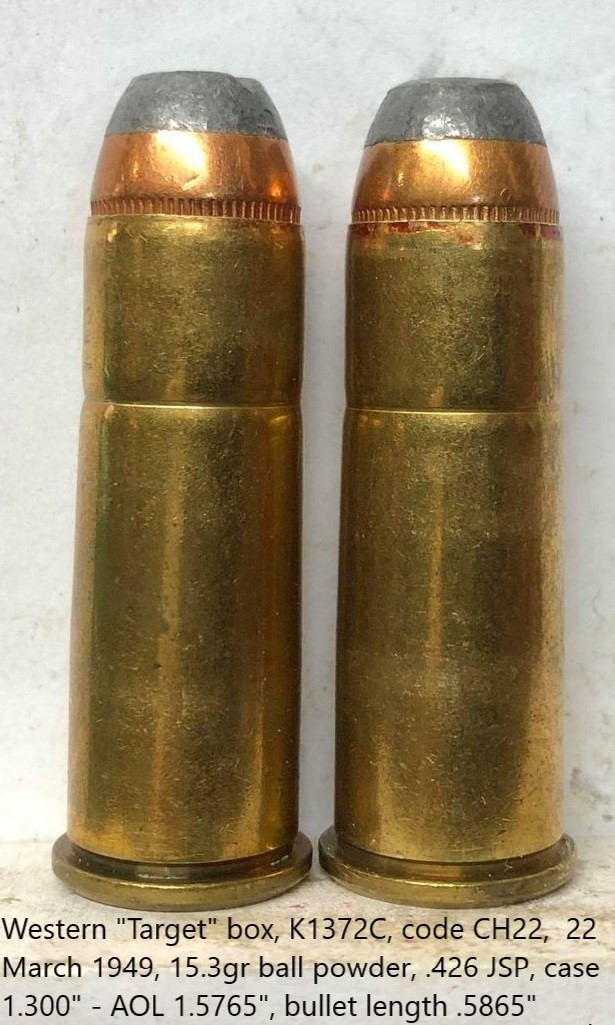 CBA Member
SavvyJack posted this 29 May 2020

This one confuses me a tad but who knows.....

It is easy to get confused with all of this information.

Hey, I am still learning! 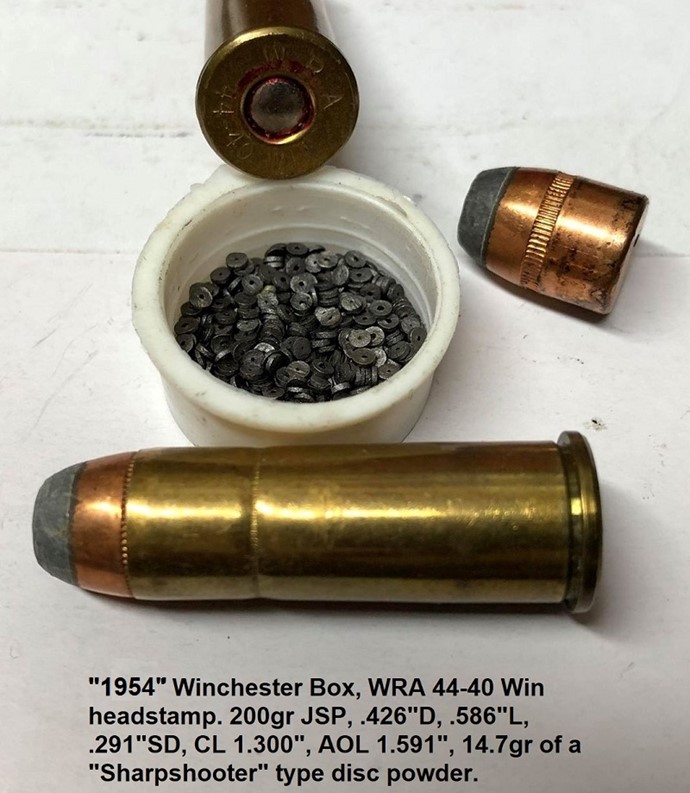 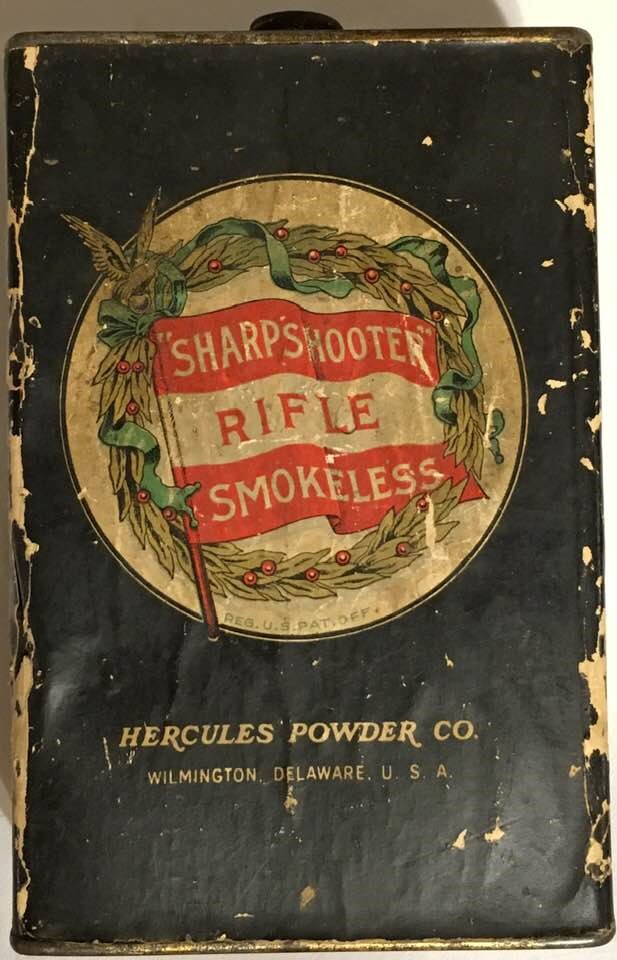 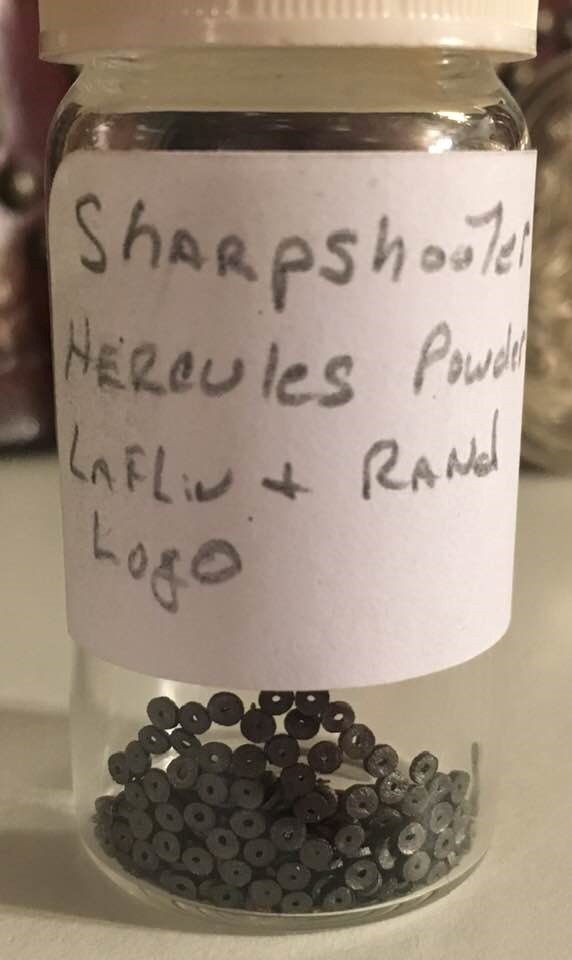 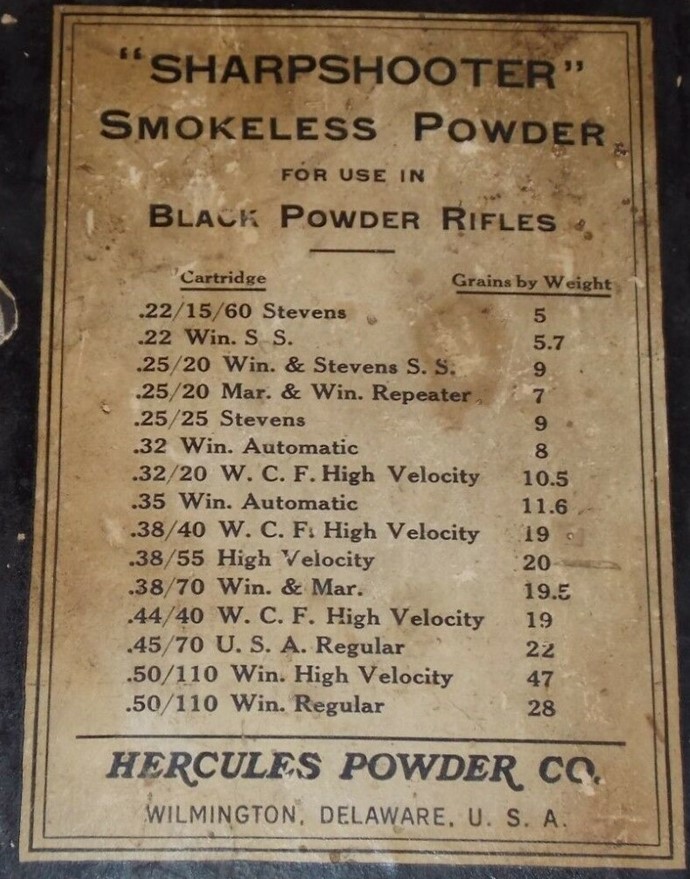 CBA Member
SavvyJack posted this 30 May 2020

Out of the four WHV cartridges I dissected, two WRA and two REM, various headstamps etc.

19.3gr Sharpshooter - copper/brass I have yet to look up the REM primers used.  This just brings up yet more questions.

The bullet to the left is one John Kort sent for gel testing years ago, the results show devastating results! 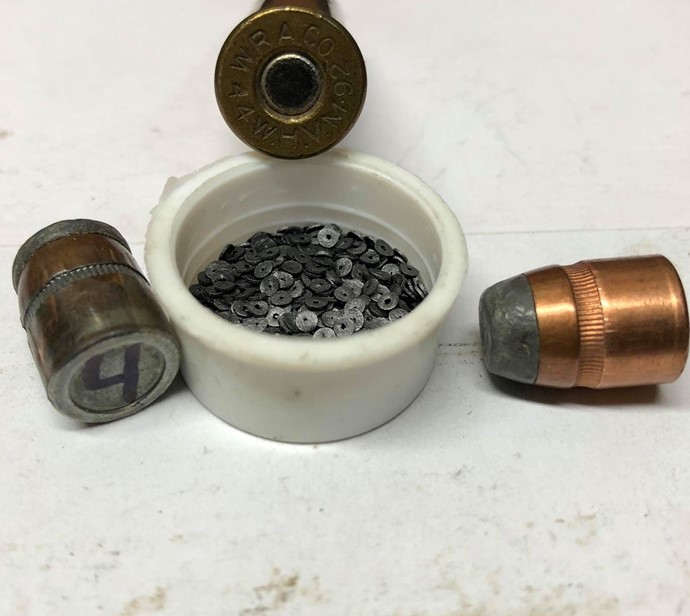