Old gal was aged 100+ and corrosive primers and cordite has turned the bore into a sewer pipe.

No scope mounts available so I modified Weaver top mounts and put on a Weaver J 2.5 with a 6X Litscherts power adder.

It could duplicate 300 Win Mag but I plan to shoot moderate cast loads in it just for grins.

And now some ammo.

Whacked a 1/2" off the bottom of the sizer as the Ross case is shorter than a RUM and it works fine.

Loads will be very modest so doubt shoulder bump will ever be an issue.

Seating die works fine as is.

Off to range tomorrow !

Spent a few hours working up a better scope mounting, Nice thing about having boxes of "stuff".

Found a Leupold front turn in base for a M96 Mauser that fit the front ring. I reworked the rear ring by removing the male dovetail insert and removing the "ears" with dremel and file.. Found a rear Leupold base that fits perfectly.

Getting in on right involves an old trick. Mount the rings on the bases. Pay special attention to centering  it rear ring on the rear base (the one with the windage screws) Center with windage and elevation knowbs on the scope. Mount the scope in the rings , snug but able to move in the rings. Take the assembly (suitcase handle) and set it on the rifle. Line up the rear base so it centered left to right. Tighten down the rear scope ring Now clamp the assembly to the rifle with a padded clamp. Install bore sighter. If you picked the right bases you should be close on elevation. To center windage, tap the front ring with a soft hammer to move the base. The ring will move on the scope and the base on the receiver ring but the scope will not as the rear ring secures it. Once you get the windage set, tighten the front scope ring screws. Now complete final windage and elevations in the scope. Should be very minor.

Now, the rings are locked on the bases and the scope is locked in the rings. It should be a rigid assembly.

Now clean base and rifle mating surface with solvent. Put a dab of Gorilla glue on the mating surface, Reinstall and clamp the scope/ring/base assembly. Make sure the rear base is centered up. Look thru the scope at the bore sighter. You may have to tap the front ring/base to center it up.

Now let it dry a couple of days. Remove the scope and using the bases as a guide start youd base screw holes.

Now remove the bases, drill and tap the rifle and mount the bases.

More pics as I progress.

They can also be made from 375 Ruger but too much work.

Got the new mounts set up with Leupold 6.5-20x40 VX III which just clears the rear sight.

Those are big cases! That early smokeless powder that Ross used must have been bulky stuff to fill a case like that.

"The new cartridge was loaded with 58 grains of Neonite (not Cordite). Produced by the New Explosives Co., Neonite was a coated, guncotton-based powder in the form of black flakes. (Sir Charles Ross later persuaded DuPont to produce a new, slower powder called No. 10, for use in loading .280 Ross ammunition in America.)"

When the 280 Ross was loaded by UK companies for use in the tropics, it was loaded with stick Cordite as was everything else.

All the old powders were erosive, exacerbated by corrosive primers, bullet materials and inferior steel.

Even a 20th century powder like Hi Vel 2 was very tough on soft steel barrels.

He was a man ahead of his time.  Shame he never had the powders available to us now. 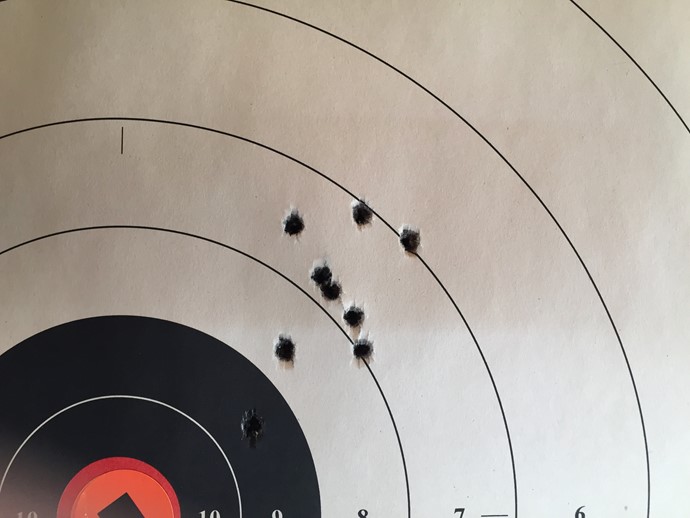