Started the process of selecting a rifle to use for the military postal matches.  Started with two candidates, one which is an absolute favorite and the one I really would like to use.  It’s beautiful.  I could even visualize clutching it in my hands while receiving the huge trophy for being the “World’s Greatest Shooter.  Ever.”

After testing with a variety of loads at varying distances, it became obvious my favorite was not going to make the grade.  Despite my lack of expertise with cast bullets and truly mediocre marksmanship skills, there is no denying the outcome; facts speak for themselves.  My “favorite” just doesn’t cut it. What a letdown.  I felt like the parent who has to tell their bright-eyed child they weren’t selected for the team because of their total lack of athletic skills.  Sad moment.  Is it OK to be emotionally attached to a rifle?  Maybe I’m spending too much time in the reloading room and not enough with my wife.

Onondaga:  Thank you very much for the advice regarding loading for the 303 British.   The next rifle to be tested is a No. 4 Mk1, so your thoughts are very timely.  Hopefully it will turn out to be my next favorite.

I just hope the ratty $59.95 Mauser hiding in the corner of the cabinet doesn’t turn out to be the best.  It’s embarrassingly ugly.

Most accurate military issue rifle I have is a Finn M39, but the open sights are hard to see.  Using the PU scope it is scary accurate and does better than either my 03A4 or Winchester 54 or Model 70... 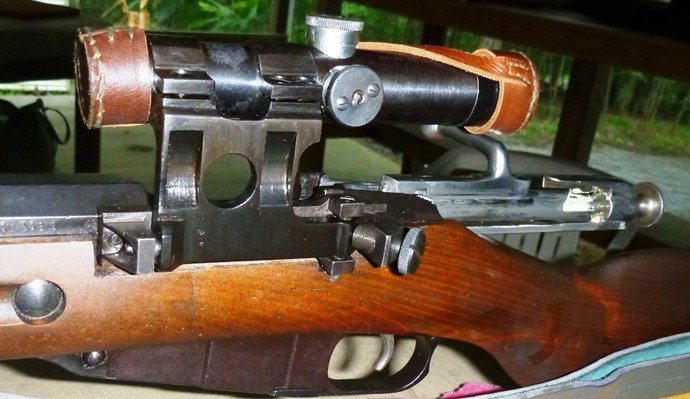 I have a M39 also.  I have the same problem with the sights.  Did your 39 come with the PU scope or did you put it on?

I have a Spanish M1893 carbine with a non-match bolt. First time I shot it, all 5 rounds went into a single hole at 50yds. Of course that was 40+yrs ago. 30+yrs ago I had Reinhard/Fagan fit it to a Sportsman stock. Then had the barrel recrowned and a Good Gunsmith make up a scout scope mount for it. Added a Burris Scout scope and thin rubber pad. No refinishing or new trigger. Somewhere along the line the crest was ground off. It's fugly as all get out. But it will put a #285405 cast of lino & lubed with 50/50 into a 1 1/2" at 100yds all day long. I love it dearly.