Cast in the 450 Bushmaster AR

Guys with TCs and bolt guns are getting fine results with full power loads.

Anyone have the secret ?

First I would slug the barrel and make certain that your cast bullets are at least .001" larger than the slug diameter.

Second, if it still won't shoot, try harder bullets. You can water drop right out of the mold or heat treat ww's to get them harder. An alloy of monotype or foundry type will probably be hard enough to allow you to run loads hot enough to work the action.

Short of that, you could very carefully open up the gas port hole till you can shoot softer bullets and work the action. You could also install a variable gas block where you can open it up for soft loads and close it back down for hunting loads. If you open up the port, use that gas block only for cast bullet loads or you will probably damage the gun shooting hot loads in it.

My brother did that and cast bullets of linotype shot well in his 223 AR.  I went the route of making harder bullets for my AR and it worked very well with a standard size gas port and a powder that had a burning rate that maximized the peak chamber pressure in the barrel to coincide with the location of the gas port.

Thanks. I have been using WW bullets. When I get back to WY, I'll get some lino and cast some really hard ones.

Your advice makes sense as velocity seems to be the factor that blows up the groups.

Have to wait until June to see IF we can go home ! 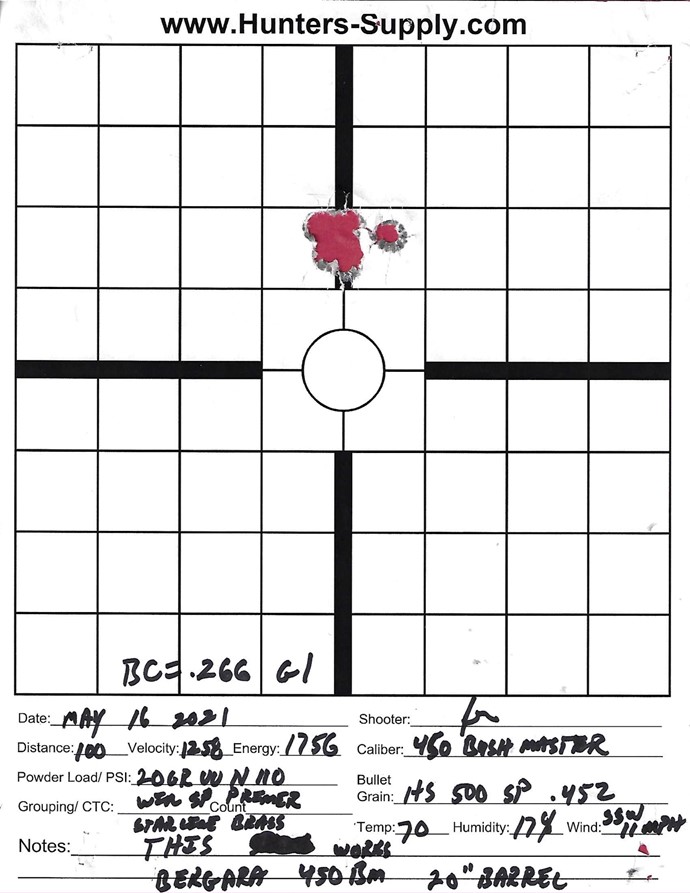