This is based on my previous 45-240H1 design, enlarging the nose diameter above the crimp groove to .476" and the driving bands to .454" with tolerance positive.  Objective is to better fill the free chamber length, reducing bullet jump and providing a positive gas seal in oversized cylinder throats when firing shorter-cased rounds assembled in Starline, Hornady or Fiocchi .455 MkII cases (0.76" long) and firing them in the longer 0.88" .455 Eley or MkI revolver chambers.  Correct powder charge is 3.5 grains of Bullseye in the Webley top-breaks or 4 grains in the Colt New Service and S&W .455 Hand Ejectors.

This bullet could also be used in the 1.10" .45 Schofield case for firing in the longer .45 Colt chamber. Correct charge in the .45 Schofield is 4.5 grains of Bullseye.

I expect that it would also work as a small game or gallery bullet in the .45-70 with 8 grains of Bullseye. 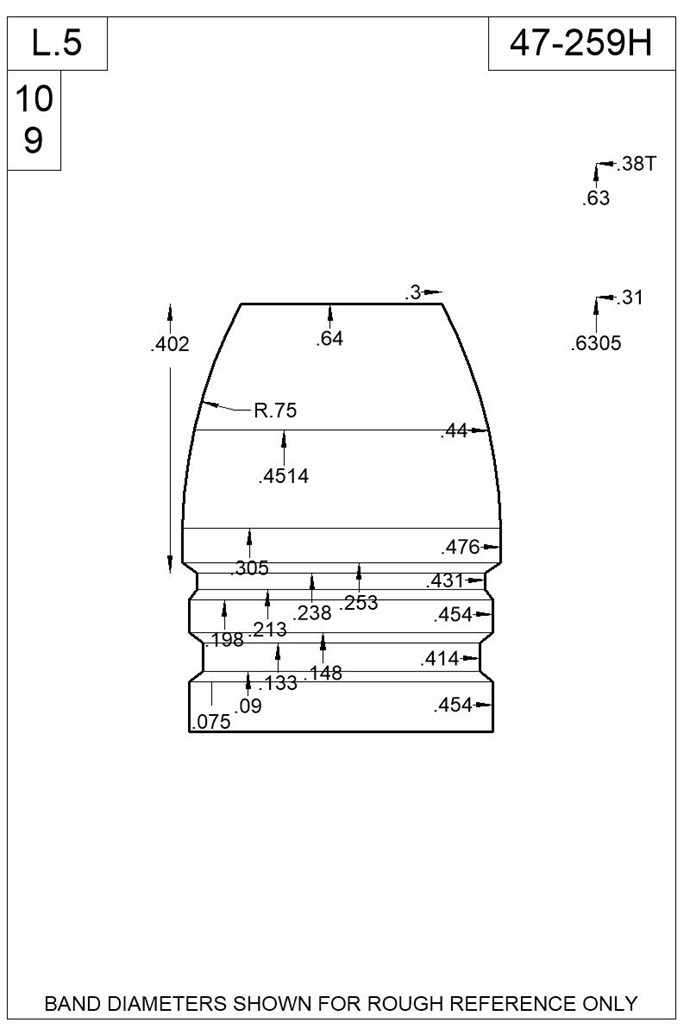 Good thought Ed. We all struggle with shooting short cases in long chambers.

The Brits did it up right in the beginning. Hollow base bullets. I know of at least three molds doing that and they work well in the .455 Mk I and Mk II cases.

Hollow-based bullets are not the panacea.  They work well with black powder, but less so with smokeless. Fit is still King. A hollow base simply helps to mitigate the dimensional mis-matches, but  is not the best technical solution.  I went through the hollow-base phase in loading the .455  ten years ago with a Boer War MkIV, a 1914 MkVI and a 1914 New Service. 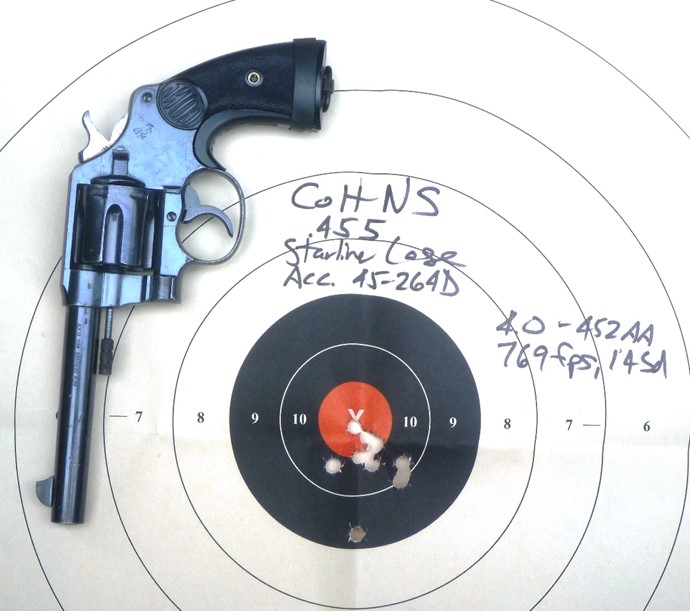 Both of my Webley's had cylinder throats as much as .005" smaller than barrel groove diameter which varied as much as .004 between chambers of the same cylinder!  Once Webley cylinder throats were uniformed group size was cut in half with modern design bullets which "fit."  The Colt New Service .455 Eley came with .456 cylinder throats and .454 barrel groove diameter, same as my 1920 .45 Colt, easily shot groups almost half the size of the Webley's, roughly 2-1/2 inches vs. 4 to 5 inches for 12-shot groups fired off sandbags at 25 yards. The Colt did it from the git-go firing standard, common loads without heroic measures.

CBA Member
RicinYakima posted this 20 May 2020

A few years ago I wrote an article on HB bullets for the Fouling Shot. English could do it by very soft or pure lead bullets and fast powders loaded to low pressure. It works, but like Ed's experience accuracy was only minute of Zulu at 20 feet. The worse offender was the Ideal Keith 38 bullet and the best was the Modern Bond "Ness" 45 Colt bullet. Working with known alloys, you can balance fit, hardness and pressure and not have skirt blow out on exit.